Pick Your Own Cherries – Young, NSW

The annual National Cherry Picking Festival took place in Young, New South Wales on the first weekend of December. The drive from Canberra takes two hours, more or less. This was our second time of cherry picking. Kids always love to pluck fruits straight off the trees, that includes my children. So far we have been to blueberry, cherry, and apple orchards. And from experience I have learned that we, children and adults alike, tend to get carried away when it comes to how much we can/want/like to pick versus how much of the above mentioned fruit we can actually consume in the fruit-keeping-life period. I remember one summer when we had blueberry pancakes for almost 4 days straight (plus add blueberries on ANYTHING), and still had a bucket left.

Young has several orchards you can go to for cherry picking. The day when we were there, because it was the Festival of the year, there was a lot of merry making in the town center, so more surrounding streets were blocked, but there was plenty to do and to see. To get to the orchards, you need to drive 10-15 minutes from the town center. We stopped on the second orchard we found. This time, I was a bit more clever, I told friends that I was going cherry picking, and I actually took orders. And people do LOVE their cherries. No, I did not take any profits from the order, my kids enjoyment when I said “go nuts” as they took the bucket and got ready to do some picking was ‘profit’ enough for me. So you enter the orchard for free, and you pay for all the cherries you picked. Those you eat along the way are not counted. It was $10/kilo, which was half the price of what they sell at the supermarket.

We went to the town center after our cherry picking, and hung out there for a bit. A cherry pie eating contest was on, and I can tell you, the competition was fierce. They’ve got contestants from everywhere: apart from the  interstate contestants, even some overseas tourists put their best teeth forward. If you are ever around, this cherry picking can be a fun family activity during the school holiday. I believe the season continues until late January. 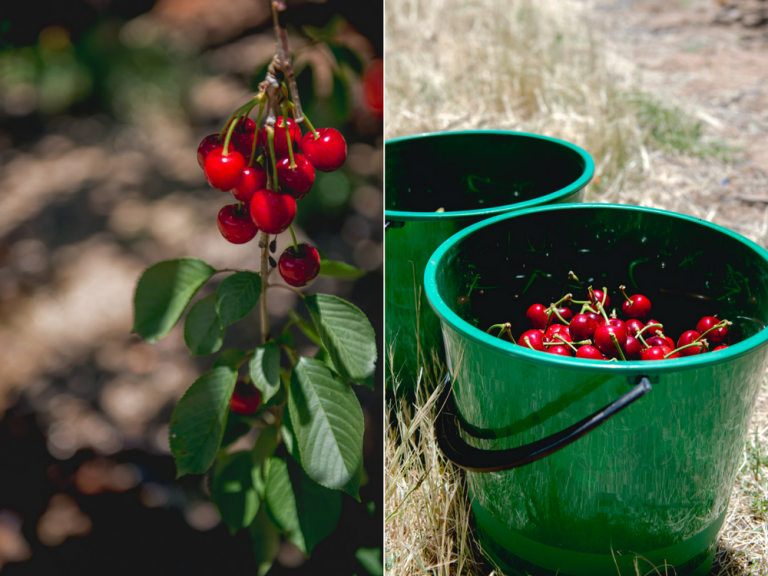 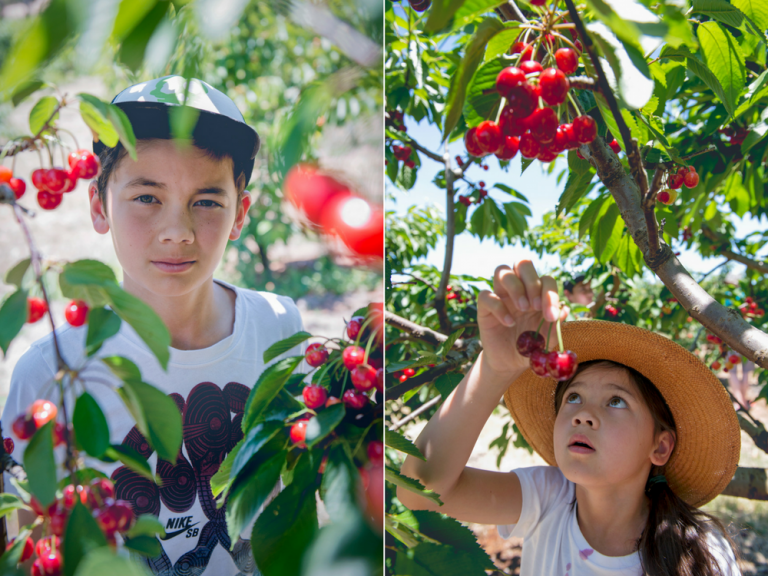 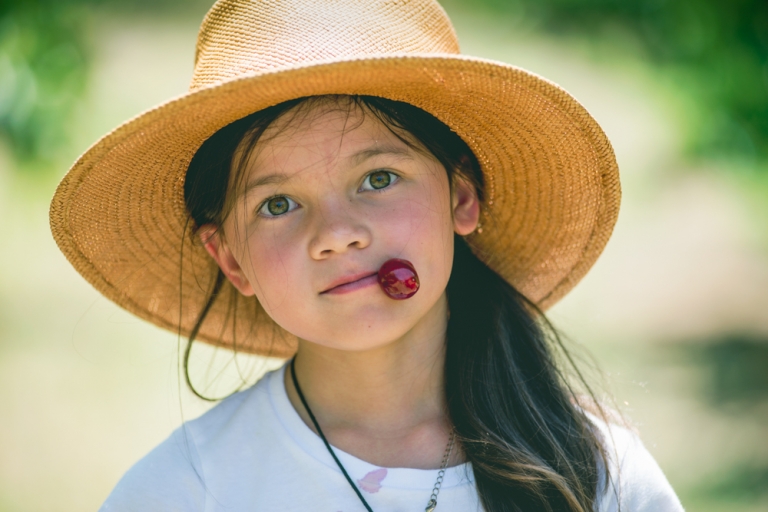 « Family Portrait in SpringEscape to the Sun »