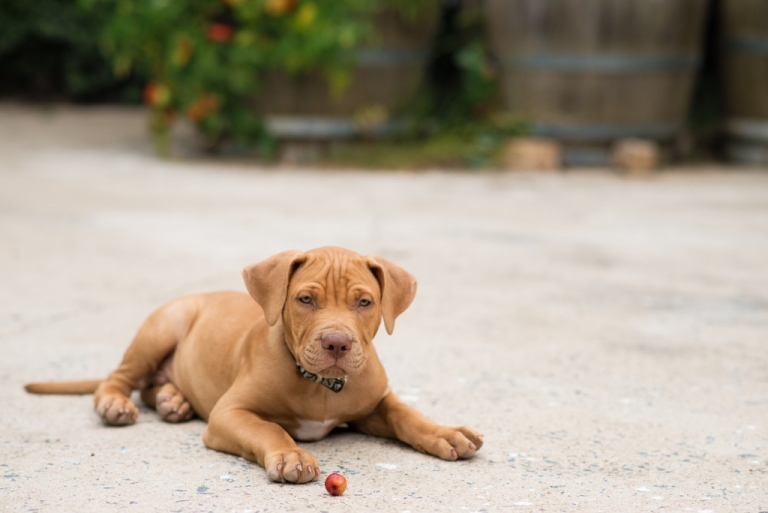 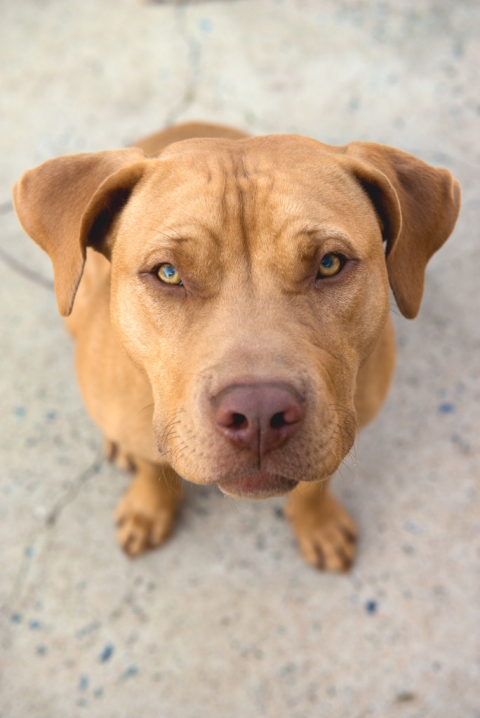 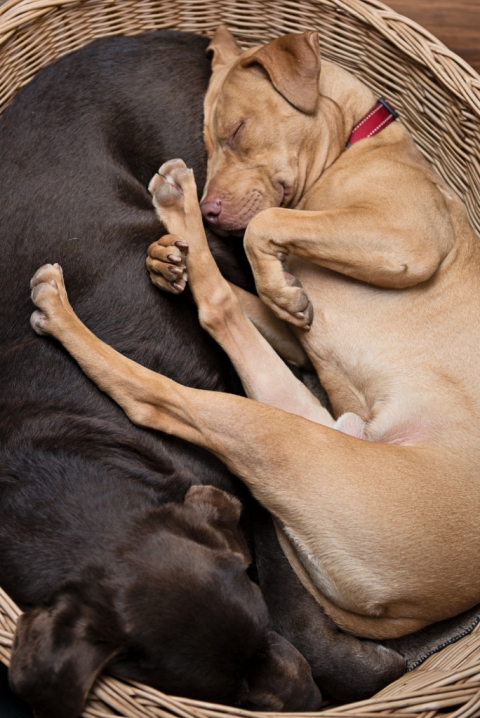 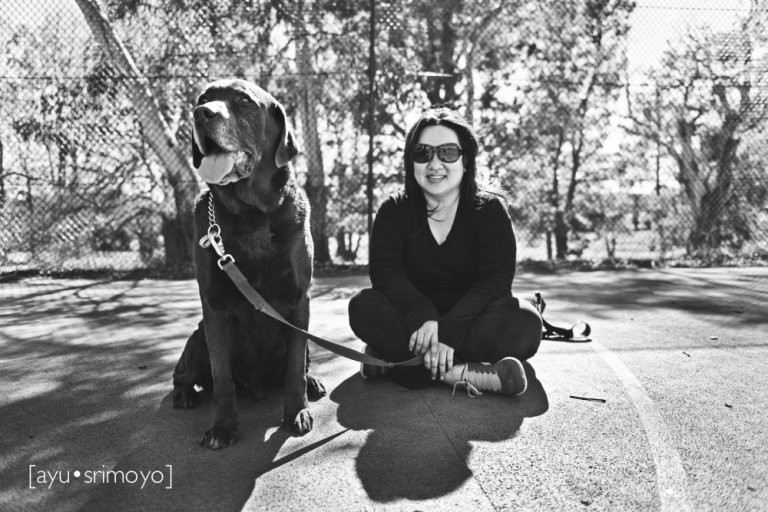 Basking in the sun, on the first week of beautiful Spring in Canberra. My BFFs, one human and one hairy four-legged one, have definitely bonded.

of dog and his cone Long face in the cone. This was taken two weeks ago, right after his procedure to fix an ear hematoma. The poor boy was not happy and let everybody knew it.

As of a week ago, his bandage was off, but he has to keep the cone until the end of the month. The cone -along with our legs, furnitures and the window’s floor-length blind- was badly battered and ripped at the moment (this is a non-exageration; part of our blind was broken thanks to the cone and its bad boy). The cone has holes everywhere, and everyday additional tape needs to be applied to bind new rips and fortify it so it stays its shape and keep dog from ripping apart his healing ear flap with his paws.

Even in his pre-cone life, Bruno is a very clumsy dog. He bumped into things -walls, dining table, doors, fridge doors- a lot. His eyesight is perfect, in case anyone wonders..it’s just, well, him. Now imagine this clumsy dog’s past two weeks in the cone. One would think that after a couple of days he became more aware of his additional width around the head and navigate himself accordingly. Oh no. Not our Bruno. Not only he bumped into more things, he got stuck on things as well. One time he got stuck on the side of our large mirror in the bed room, the whole heavy thing fell off from the wall. We were lucky the mirror stayed intact, and didn’t actually fell on him.

It’s a trying time for all of us, but the light at the end of the tunnel looks closer every day. Or so I tell myself. Everyday. Whenever I got so frustrated after cleaning yet another mess caused by things got knocked over I remind myself that he’s the one wearing the cone, it must be even harder for him, then I’d go and give his hairy big (and handsome) head another rub and extra scratches. Cone or no cone, he loves extra cuddle. My dog Bruno turned 10 today. Hip hip hoorah! His greyish muzzle shows his age, but I can’t say the same about his behaviour. He still behaves like a pup. It’s true what they say, Labradors have a (very) long period of puppyhood. In Bruno’s case, I’m afraid, it’s never ending.

Bruno is a well travelled dog. He was born in Lommel (Belgium), 10 years ago, and moved with us to Australia when he was 5. He left Belgium a month before we did, and he had to stay for 1 month in quarantine in Sydney. He has his own passport, and I remember that his travel/medical document was one centimetre thicker than all our family’s combined.

He is a happy 10 year old dog. He makes me and my family happy, and we are endlessly entertained by him. I am a less crazy person thanks to him. His healthy vibe gives such great comfort and joy. I do believe that home is where my dog is.

This sandy and scattered with hair floor… ..is the ‘price’ we pay for sharing our life with this hairy face. But he’s totally worth it! 🙂