After Ajlun Castle, we headed to Jerash, which was another impressive ruins we got to visit that day. Located 48 km north from Amman, Jerash is the largest and most well preserved sites of Roman architecture in the world outside Italy.

We could see the big arch gate from the road as we arrived, and I thought, wow, even from a distance it looked so impressive. It’s not your usual sight to see as you drive around a city these days. 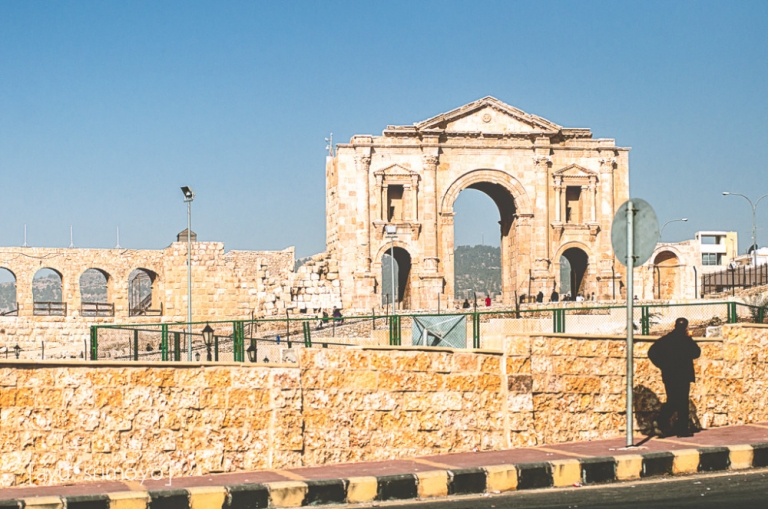 Jerash is the second most popular tourist sight to see in Jordan after Petra, and I could totally see why. The place was incredible. It was believed that during the ‘Golden Age’, which was at the beginning of the 3rd century, Jerash may have a population of 20,000 people. The ancient city preserved today was the administrative, civic, commercial and cultural center of this community.

If you are interested to visit Jerash it may be best to be there during Jerash Festival (check here for event in 2014, it’s in Arabic so be sure to get your Google translator working), when the ancient city becomes alive and filled with amazing cultural and arts festival. Visitors can come and enjoy some dance performances, music, acrobat, theatrical troupes, amongst other things. At normal days, you could also see Roman army and Chariot Races performance at the Hippodrome. See here for details. We were unfortunate that we missed the show of the day when we were there

I still couldn’t believe how big everything was; there were the tall arches, gigantic theatres, tall pillars and more. It’s  a typical Roman ruins, that each individual stone that you saw was huge. Such great details were given to everything you need the whole day to discover them all.

It must have been a beautiful city to live in back in the day. 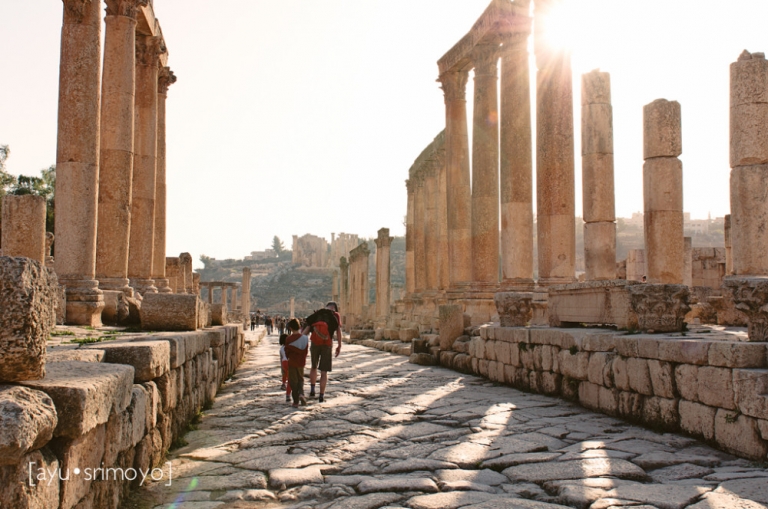