on the way to Petra

There are a two ways to go to Petra from the Dead Sea area; via King’s Highway or the Dead Sea Highway. We took the route via the Dead Sea Highway. It’s a challenging route but also one that offers great scenery.We had a trusty and dependable local driver, and I recommend you to get one as well if you consider going. It saves the time of getting lost, avoid the GPS drama and the anxiety of driving in a tricky unfamiliar terrain. The were road signs, but they were somewhat unclear and easy to miss. Along the rocky cliffs, the road is winding, and the twists and turns are very steep and sharp.

The scenery throughout this route was spectacular. What I saw outside my car window was so different from anything that I’ve ever been before, that’s why I was so glad we decided to go along this path. Naturally colourful rocks were around us as we go up and up the mountain. I’ve never been surrounded by this much rock before.

Here was our first stop. We were still by the coastal line, the rocky hill on our left, and the sea on our right. The day was cool and very windy. 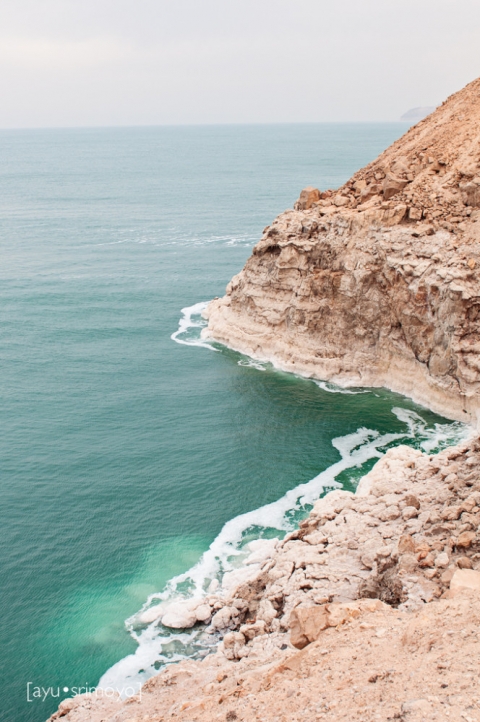 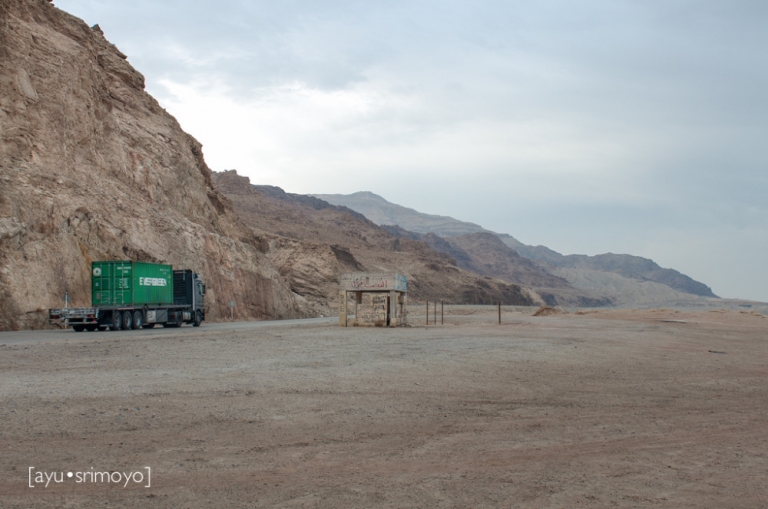 We passed some towns where square-shaped old houses/buildings dominated the area. Bedouin tents peppered the space where the buildings weren’t.

Half way up the mountain we took a tea break to stretch our legs, toilet run, and really, to take a break from all the twists and turns to get our heads cleared out and our spines straightened. A guy and his many cats in this tiny ‘shop’ welcomed us and served us some tea while we were absorbing the view. The temperature was significantly colder up there, and for the first time it really felt like winter in Jordan.

After this brief stop we were back in the car and set off straight to our destination. Next stop, Petra.